Xidia, with its 7-map fist release in April 2002, was the cutting-edge of UnrealSP mapping at its time. With it’s beautifully built architecture and action-packed gameplay that continued to surprise the player over and over again, Xidia was a real bar-raiser in Unreal single player design and it’s still holding its ground despite it’s age. Although the map pack was criticised for various reasons (most often for it’s difficulty and somewhat unbalanced gameplay), most would agree that it is one of the milestones in Unreal single player map design that set an example for many of us.

NOTE: This package is the original, 7-map episode of Xidia, later renamed Xidia: The Incident in Xidia Gold, a later release extended with a second episode called Xidia: The Escape. Xidia Gold is considered the final version but we keep the original release available as a significant piece of UnrealSP mapping history. 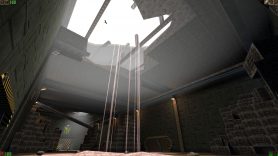