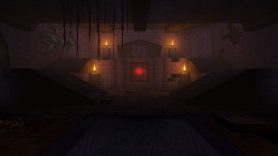 Resurgence is a very ambitious but unfortunately unfinished project by some of the renowned active mappers of the recent years like Teridax and Rob “Doublez-Down” Collins who worked together on the awesome Fifth Vortex (you must check that one out too if you haven’t done so yet). As mentioned above the map pack is an unfinished alpha release and will remain so for the foreseeable future as the team abandoned it for various reasons as explained in this forum post, but they released the so-far-completed portions of it so at least part of all that hard work sees the light of day.

Resurgence is totally unique in the sense that it puts you in the perspective of a Skaarj trooper instead of a human protagonist, who is sent on a mission to find a downed Skaarj spacecraft lost in a mysterious, massive storm system on the surface of Na Pali. On its five playable maps you will encounter new enemies, weapons, and other custom assets that you won’t see anywhere else.

Even based on this obviously unoptimized and unpolished alpha release it is clear that Resurgence had the potential to become something very nice and we wish the guys one day find the motivation to continue and finish it or at least use some of its ideas and assets in future projects. Until then this, still very interesting early release must suffice. 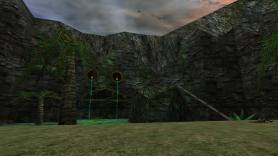