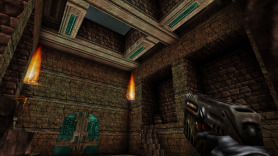 Traptemple is one of the earliest works of David Münnich, widely known as DavidM. According to the readme files of some of his later maps, it was only the second SP map he ever released. The German readme file may bring a smile to the face of those who know that DavidM did not know English well yet at the time (in fact, even a year later he preferred feedback in German as we can find out from one of his map’s readme files), but managed to lead a team of mappers from all over the world only 2 years later in a grand project that resulted in Operation Na Pali.

Traptemple’s release date speaks for itself: October 1998. This is what one of the renowned mappers of the heyday of Unreal managed to put together merely 4 months after the release of the game. You can find it all here:

Yes, all the signs of a complete noobie map. But of course there is nothing wrong with that. For the lovers of Unreal single player maps and the enthusiasts of Unreal SP mapping history, this is as valuable a piece as any when put into context. It is interesting to see the evolution of a mapper’s style (and talent), as well as the evolution of Unreal mapping as a whole. Which is the reason this site exists in the first place – to preserve as many of these small pockets of Unreal history as possible. 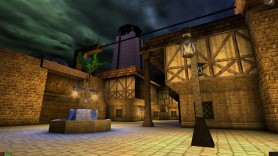 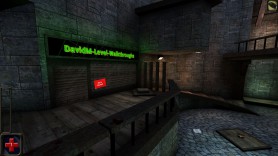